Introduction
As the new century arises, and the world being into deep crisis, new frontiers appear to be needed for humanity evolution. Augmentation and enhancement of the human brain has already happened with the wide utilisation of the technology, as for example with augmented reality. We design the tools and in turn, the tools design our perception. This achievement was possible by the Internet enabled networked and international collaboration between companies and organisations. As such, it appears that interdisciplinary approaches is the forward. Along with these lines, a new paradigm emerged as the “New Science- Design”, called: “Nano-Bio-Info-Cogno” (NBIC) i.e. Nanotechnology, Bio- technologies, and ITC.  “NBIC” paradigm can be seen as a consequence for manipulating materials and tools that no longer have macro-dimensions; new materials normally have molecular structures and sub-microscopic devices enable us to observe and study in nano-scale dimensions. Similarly, new frontiers about human creativity brain functionalities models as well as creativity models provide the space of afresh investigation and study.

Expanding Human Cognition and Communication: The Quantum Brain Theory
The expansion of human knowledge and the capacity of communication have had their deeper roots in the quantum extension of knowledge, which have been transferred from physics to biology to genetics…, producing the continuous successes of science, and establishing a more systemic understanding of innovation, both in its conceptual development and also in its practical application in technology. The summit of this extension of the quantum knowledge currently has the focus of improving our knowledge on the functioning of the brain (Quantum Brain Theory -QBT). This interpretation implies a radical change in scientific thought, which determines a large and convergent impact in the sphere of creative culture of science and in contemporary art. In fact, the introduction of modern quantum concepts, now applied to functional activity and communication of the brain, causes one to overcome the arbitrary distinction between “subject and object of visual and sensory perceptions”. This leads to radical change of the reductionist culture that is included in the “mechanic” paradigm of classical science. Consequently, the conceptual change, now based on the extension of knowledge applied to  the quantum brain functioning (QBT), will allow the acceleration of developments in long-term cognitive and social innovation, just as a result of an advancement of knowledge no longer limited by old mechanical models.

Quantum Perception & Creativity
The quantum science and art today, proposes to look at what exists with the new eyes of the Quantum Brain Theory (QBT) . This new approach allow us to overcome the mechanical model of interpretation that treats the “eye / brain” to a passive receiver of images of the outside world, on the basis of the metaphor of the photo-camera. This obsolete way of thinking about the brain’s perception as a passive reproduction of images, which are directly related to an objective reality as independent of the observer, has no more reason to exist. In fact, through the application of modern quantum science and through the investigations of magnetic resonance imagining, made during the active brain’s working, now it becomes possible to change the reductive conception of brain functioning, of the mechanical model of science. QBT considers the brain as a super-quantum computer. This new approach allow us to investigate and predict by seeing our interactions with the material’s environment. Therefore, in the new visual interpretation, which is generated by the extension of quantum science to the activities of brain functions, we understand that what we actually see and feel takes the form from some virtual scenarios that show us the probable expectation of our interactions with the environment. Consequently, the QBT, by overcoming the arbitrary separation between subject and object of perception, allow us to “predict the future” of our possible actions in the outside world. In this sense, the new interpretation of the constructive quantum functioning of the brain permits us to look at new creative opportunity to increase and expand the intellectual limits of the interpretation of reality.
The main conceptual innovation of QBT is therefore, to recognize that the semblance of an objective reality is a great illusion of the senses independent of the observer. In fact, on the basis of the “Heisenberg Uncertainty Principle” (1927), we know that the “quantum phenomena “not” takes a defined macroscopic form, as long as they are not actually observed. So, right from the origins of quantum science, the need to rethink the act of observing has been left open. We believe these macroscopic values that are the ones that we actually perceive. The radical cognitive change supported by QBT is that the “objective reality” is an illusion, created by a mix of virtual and tangible realities, which allows us to consciously decide between a few choices of probabilities that describe the scenarios of the quantum brains perception. Roger Penrose raised the question whether classical physics alone could suffice to explain the enormous problem solving capabilities of the human brain (Penrose, 1989). Nowadays, quantum theory enhanced our understanding of the ways the world might be functioning and, if we are part of the same world, then it is related human brain capabilities. Penrose, with the consciousness scientist Hameroff, proposed a model, which assumes that the human mind may exploit at least two conformations of microtubuli as values of a quantum bit since they form ubiquitous cell support structures. The quantumness of these motor proteins was suggested to solve complex computational problems in the brain while the act of consciousness would be linked to a gravity-induced objective collapse of the quantum wave function (Hameroff & Penrose, 1996).
Penrose and Hameroff suggest a connection between brain biomolecular processes and fine-scale structure of the universe. Consciousness depends on biologically ‘orchestrated’ quantum computations in collections of microtubules (MT) within brain neurons (Penrose 1989, 1994); these quantum computations correlate with and regulate neuronal activity. The continuous Schrödinger evolution of each quantum computation terminates in accordance with the specific Diósi–Penrose (DP) scheme of ‘objective reduction’ of the quantum state (OR). This orchestrated OR activity (Orch OR) is present i a moment of conscious awareness and/or concsious choice. This particular (DP) form of OR is taken to be a quantum-gravity process related to the fundamentals of space-time geometry, so Orch OR suggests a connection between brain biomolecular processes and the universal structure.
Recently Arndt et al (2009) demonstrated that there are some instances in biology in which quantum entanglement and the states of superposition and reductionism could be important. In this situation it is very interesting to examine the quantum information processes in the living organisms and especially in the human brain in the framework of the quantum brain theory. For example, through the cellular tissue between the interchellular space can be stimulated quantum information processes with the help of the entanglement. Vedral (2010) clearly showed that a macroscopic system at high temperatures can also sustain quantum features. In this situation the nanomechanical oscillators can be entangled at much higher temperatures than previously thought possible (Vedral 2010). Such realization can strengthen the proposed evidence for the universality of quantum mechanics.
The most exciting macroscopical and ‘hot’ non-equilibrium systems we know are, of course, the living ones. In this situation it is interesting to examine the quantum dynamics in the brain by using entanglement and the state of supoerpoosition which lie at the heart of quantum information processes. The control and detecting of the quantum states of the correlated radiator assembly (quantum dots, impurity atoms, nuclei, etc.) in absorption and emission can be used in the processing of information and optical transmission in the optical integrated circuits and Bioinformatics. The quantum processing based on the phenomenon of corpuscular-wave properties of collective modes of interaction oscillations (atom-photon, electron-phonon, optical and magnetic resonance, plazmons, etc.) will result in hybridization of these subsystems and their further use in various optical equipment extensive applications in telecommunication, information security and Bioinformatics.

Concluding Remarks
The nature of consciousness, the mechanism by which it occurs in the brain, and its ultimate place in the universe are unknown. Consciousness may depend on biologically ‘orchestrated’ coherent quantum processes in collections of microtubules within brain neurons. These quantum processes correlate with, and regulate, neuronal synaptic and membrane activity, and that the continuous Schrodinger evolution of each such process terminates the quantum state. As such, viewing the human brain and the creation of new ideas as part of a quantum system can provide the framework for deep insights into the Holy Grail of Human Evolution. 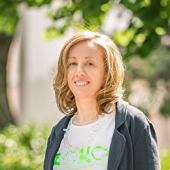 Ethic and Empathy are social