The role of Chinese cultural diplomacy within globalization

My attempt is to show how culture and education are to be regarded as a milestone in each society, given that they help shaping how people feel, act, speak.

“ A man without education is like a building without foundation.”     Anonymous

Throughout this essay my research question is to probe what is the goal of the Chinese cultural diplomacy in the context of globalization. Even if, at first sight, this topic may be discounted ad belonging to low politics, I do believe that, nonetheless, it has a great influence in how international relations and foreign affairs are shaped. Nowadays, indeed, mostly because of the globalization process, sovereignty boundaries are largely blurred. States are more interconnected and interdependent than ever. Thus, the deployment of the so-called hard power is strongly discouraged for countries willing to grow economically and eager to play a major role in the international stage. I deliberately did not choose to talk about economy diplomacy because I believe a State can have major freedom in carrying out cultural diplomacy. If true be told, economy is one of the field in which State sovereignty has more blurred given the establishment of international rules for trade and the outgoing attempt to frame international commerce within specific patterns and rules.

For all the reasoning aforementioned, I decided to emphasize the role of cultural diplomacy.

My work will be structured as follows: firstly I will discuss my methodology in other words the way I carried out my research and, then, my assumptions, namely the statements and concepts that I have taken for granted. Secondly, prior to unfolding my research question and to break it down in my argument, I will provide a background concerning the recent evolution of Chinese policies on culture and education when dealing with foreign countries. At last, I will develop my argument and my conclusion.

It is worth stating that, throughout my work, my goal is to show that the Chinese cultural diplomacy policy is aimed at improving the Chinese influence all over the world in order to:

The methodology I have used in order to carry out my research has been based upon:

The assumptions I am willing to use are the following:

“In recent years, the Central Committee has repeatedly emphasized the need for leading cadres to stress study, politics and integrity. Among these three stresses, why do we place study first? We place study first because it is a prerequisite and the foundation of politics and integrity. Only by studying well, mastering more theoretical, scientific and general knowledge and improving our political awareness and mental outlook can we begin to stress politics and foster and develop a healthy atmosphere.”

I chose to quote this statement from a speech held on January 11, 1999 at a finance study session staged by the CPC Central Committee for principal leading cadres at the provincial and ministerial level because it unveils the pre-eminence that education has always played within the Chinese system. Further, studying is understood as a necessary requirement for achieving cross century goals.

Following this, in order to unfold my research question, namely what is the role of Chinese cultural diplomacy within the globalization process, it is far reaching to point out the current steps taken by the Chinese government in order to increase its cooperation in the culture and education field with other countries.

In the recent years, the education cooperation with European countries has deeply expanded and remarkable achievements have been scored. In point of fact, it is worth stating that progress has been reached in the mutual recognition of academic degrees between China and some Eastern European countries.

Moreover, educational exchanges between China and countries in America and Oceania have moved forward, drawing up new government cooperative projects with New Zealand, Australia and Canada.

At last, cooperation and exchanges with the Asian and African countries have always been at the core of the educational and cultural policies set forth by China for mainly two reasons. For what concerns Asia, China is to play a significant role given its ancient great civilization that has donated staggering contributions to this region and the whole world. In addition to this, it can be considered a geo-gravitational power in the region that has to play the leading role because of historical reasons. Instead, speaking about African countries, China has always engaged with them in order to further strengthen South-south cooperation and mutual understanding. Additionally, underpinning cultural exchanges between Africa and China is a way to diminish the Western influence in this region.

China’s overall commitment towards fostering a more deepen cultural cooperation with foreign countries is also stated among the main responsibilities of the ministry of education.

The point 13th reads as follows:

At last, it must be taken into account that education is a fundamental part within the project of the New Silk Road. As it has been stated in a recent meeting held in Italy between the Italian Prime Minister Matteo Renzi and the Vice Minister of Education Hao Ping: “Shared social and education policies can play a key role in fostering fruitful collaboration.”

It is undeniably true that mutual understanding of each other culture is the key in order to promote innovation, cooperation and to create an advantageous international environment.

Through my argument, I will try to unravel the two following goals. First of all the aim is to show that cultural diplomacy is a means by which spreading awareness on the Chinese culture and language in order to foster mutual understanding among countries. Secondly it is meant to build consensus over China’s policies on issues that require cooperation of different countries beyond each regional bloc.

Chinese cultural diplomacy can be framed within its promotion of a comprehensive diplomacy in order to adapt to globalization. Indeed, because of this phenomenon, diplomatic agendas are deeply pluralized, moving away from the conventional political and military realms.

As a matter of fact, nowadays, cultural diplomacy is as important as both political diplomacy and economic diplomacy. Given the interconnected world characterizing the globalization process, it is fundamental to strengthen and boosting mutual understanding among countries. This would easily smooth over tensions and misunderstandings due to each country cultural tradition. Beyond the mutual understanding, cultural diplomacy is a smart tool to preserve both the Chinese cultural heritage and to promoting and safeguarding national interests. To my understanding, this is an successful means that matches effectively within the framework of the five principles of coexistence. These include: mutual respect for territorial integrity, mutual non-aggression, non-interference in each other’s internal affairs, equality and mutual benefit, peaceful coexistence.

“We believe that the correct path for safeguarding world peace and promoting shared development is to conform to the trends of the times and the aspirations of the peoples of all countries, adroitly guide actions according to circumstances and actively promote the establishment of a just and equitable new international political and economic order.”

This quote is taken from the speech Create a New Century of Peace and Prosperity Together delivered at the German Council on Foreign Relations on April 10, 2002.

From this excerpt, it is pretty evident that the Chinese leadership is aware of the shifts brought about by the globalization process and he is aware of the need to tackle them by non-conventional and non-traditional means.

With regards to the first goal, it is worth remarking that the Chinese government does not only focus on making its culture better understood. Indeed, a complementary aim is to spread the knowledge of the Chinese language that is spoken by roughly 1.2 billion people. It is also one of the five official languages at the United Nations. In this facet, the establishment of the Confucius Institute has played a big role. In fact by 2008, China has founded 256 Confucius Institutes and 58 Confucius Classrooms in 81 countries since the opening ceremony of the first Confucius Institute overseas was held in Seoul, South Korea in 2004.

The second goal of cultural diplomacy namely the building of international consensus relies upon the need to legitimize Chinese international policies among international actors either States or international institutions such as NGOs and think-thanks.

The point at stake is that the Chinese government is striving itself in order to reach out to foreign public. Cultural diplomacy sets forth multi-level and complementary goals. Beyond the need of easing understanding, it is important to create a legitimate environment within which working, so that national goals can be smoothly accomplished. Overall, it is a strategy through which accomplishing national priorities.

An example may clarify.  If international public opinion will start understanding the long and great tradition of the Chinese civilization, it would be easier for them to understand why the Chinese have been striving since the establishment of the Chinese communist party in 1949 to reunifying the Chinese motherland. Indeed, it is worth noting that is easier to work in an environment characterized by the acceptance of each other tradition and political views. In this way, understanding can be enhanced, differences reduces, trust increased and consensus expanded.

At the end, fostering knowledge about the Chinese culture is a means to legitimate the China-centered and moral-based harmonious system, which is referred to as “Chinese World Order.”

Globalization is a phenomenon that has reshaped contemporary diplomacy. China’s response to the new challenges has been to set forth a comprehensive diplomacy framework wherein cultural diplomacy plays a major role. It is a means whereby China can make itself better understood internationally, maintain world peace and international prosperity while buying time in order to carry out its full economic development and its national priorities. 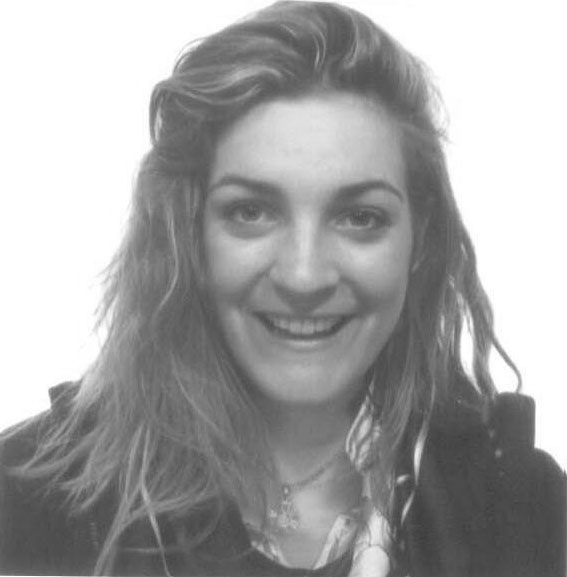