I have a “what if” for you:  What if, the ideas I am always espousing are correct, and there IS a fractal self-similar or isomorphic relation between universal and mental processes?  There are after all, more than a few pieces of evidence…the excellent Radin paper on double-slit perturbation and mentation:  [http://dx.doi.org/10.4006/0836-1398-26.4.553]; the many many papers demonstrating alteration of random event and number generators by mentation, etc.…and these real results were predicted by theory.  I will link the theory as we go.  The point I am leading to is an important point about mankind, and evolution…please give me a few words, this will be worth it. For those of you not familiar with my ideas and theories, the many links below will be worth a close look.  Here is the source page:

The theory is very clear…we are to care for each other and create entanglements, and, we are as the universe, the wave aspects, meaning the pilot waves such as those in Bohmian mechanics, or, wave function itself, if you will, is as affect, and affect, in a quantum process creates, guides and gives form to the holography in which we live. The mind, has a weak but demonstrable part to play in this dynamism, and is fractal self-similar in its relation to structures such as singularities, the hippocampus functioning as a hub to compound wave-functions, alter entangled strengths (as weights) and alter reality…just as in the psychology and the underlying neuroanatomy of REM, and, hippocampal functioning in a neural connectionist model.  Here are links to theory just condensed, and an experiment constructed to demonstrate the exact mechanics involved:

The Affect Information Model of Physical Consciousness: A = O:

Neuroquantology and the Cartesian Dualism: The bitter cleft of a closed mind:

The new Bohmian mechanics: an empirical approach to the quantum/psychical dynamic:

The theory states, that our topological structure of unconscious repressive primacy is pathogenic, and creates severe perturbations as a confined quantum particle, and this, is due to oppositionally bivalent superpositions and entanglements.  Those punitive reactive compoundings resultant of psychological reaction formations, that is, formed by pairing guilt and shame to drives, create extreme internal perturbation which drowns out the connective nonlocal signals, and, dissociates us also in a direct linear way, from our empathetic connectivity.  This is a testable theory.

I have stated in the past, that the universe appears as a mind, and that this mind is inherently amoral, that is, there is no evidence of any morality whatsoever…and I still stick firmly to that.  But, I have come to understand that ETHICAL conduct, conduct based on empathy, as opposed to moral conduct based on obedience and punishment, is a natural extension of the theory, and it is our own pathology which has led directly to the horrible catastrophe which is…”Man-kind,” and here, kind is not any but a joke!  This paper is important:

Who Fired Prometheus? The historical genesis and ontology of super-ego and the castration complex: The destructuralization and repair of modern personality An essay in five parts:

So, a return to the natural form, where the repressed unconscious is all but absent, will result in empathetic dynamism, and intelligence in spades as well…the parasympathetic limbic OFC circuitry all but absent in its activation compared to our fear and guilt based obedience and attendant stupidity…clear pathology caused by the curtailment of what powers thought: dopaminergic activations and distribution!  This is the reason we have lost our way, the train jumped the track here!  The human race, is one thing: a train wreck.  It can be repaired.

Oneness: A specific analytic account of primary omni-objective ontological reunification.  Self as an active identifier in primary empathy: attachments and dynamic analyses:

Please do note, that consciousness is itself a quantum proposition:

I assert: This implies, consciousness, is based upon entangled processes and systemic unification: a natural physical basis for Identification and Empathy.  Quantum consciousness is dynamic affect, feeling, wave-function creating entanglements and influencing physical outcomes: a basic form spanning physics and human evolution implying ethical development.  Only the above referenced pathology has caused our competitive ugly morass of wars, greed and cold indifference.  The basis of it all is healthy.  We…are not.

An empathetic quantum model of mind, and “spirit” (which is both a demonstrable and a quantum proposition not in any way spooky or nebulous) is still available to us.  The phylogenetic impressions are deadly, the sickness severe…look around you and see our beaten child race as it self-destructs, nursing its masochistic and sadistic sickness from the broken memory…of our tortured history.  So, tender steps are needed, and then, the next generations may yet remember who we are, and forget… what we have become. 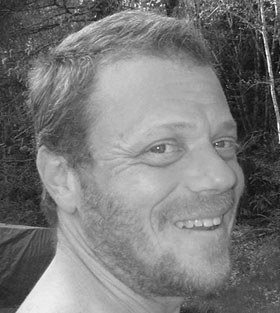 Is the founder, and editor in chief of Mind Magazine and The Black Watch: The Journal of Unconscious Psychology and Self-Psychoanalysis. He heads a think tank of iconoclastic thinkers: The Universal Intelligence Network: Think Net. A writer, newspaper columnist and musician with degrees in philosophy and music, he is the author of books and scientific papers, spanning philosophy, psychology, neuroscience, verse and fiction. Rich Norman is a weekly contributor to Christopher Langan's BlogIQ, a blog serving the gifted community, and a regular contributor to the Prometheus Society journal: Gift of Fire.